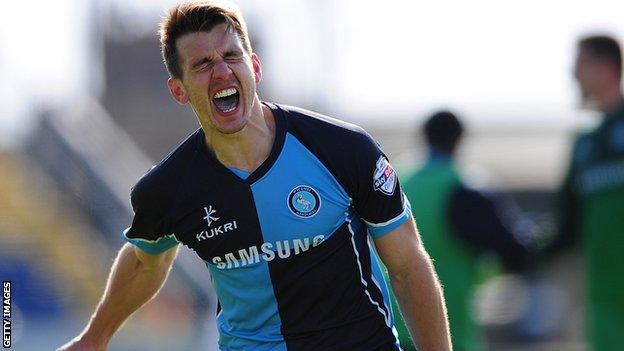 Wycombe midfielder Matt Bloomfield has committed to a 13th season at the club by signing a two-year deal.

The 30-year-old, who is currently in his testimonial year, has played 324 games since joining the Chairboys in December 2003.

Aside from a substitute appearance for Ipswich Town, Bloomfield has played all his football for the Adams Park side.

"It's been a privilege to play for Wycombe Wanderers since the first day I walked through the door," he said.

"That's never changed, so I'm delighted to be able to pull on the shirt for another two years.

"I really feel I'm coming into the best years of my career and have so much to offer on and off the pitch.

"Even after all these years, the club still ticks all the right boxes for me - I have so much respect for the manager, I have a great rapport with the fans and it's a really special place for me to play my football."

Bloomfield, a columnist for BBC Sport, was part of the side that pulled off a dramatic final-day escape from League Two relegation by beating Torquay United.