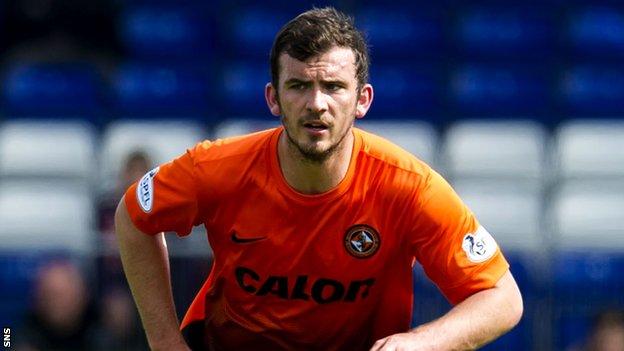 Millar, 26, has been released early from his contract after spending most of the season on loan to Falkirk.

Fellow midfielder Gomis, 28, was in his second spell at United after leaving Birmingham City.

Gunning, 23, has attracted interest from Rangers, while striker Dale Hilson, 21, is also exiting after his latest loan spell with Forfar Athletic.

United insist that Gunning, who has also been linked with Sheffield Wednesday, was never offered a new contract at Tannadice.

Striker Jordan Allan had a loan spell with Albion Rovers this season, right-back Ross Gilmour, also 19, was with Airdrieonians, while defender Luke Johnston spent time with Dunfermline Athletic and Montrose.

Ola Adeyemo and Aaron Duke will also be secured on professional contracts should they receive international clearance.