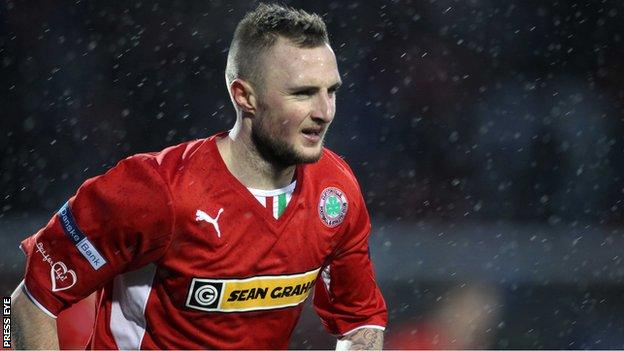 Cliftonville have signed Jude Winchester on a two-year deal after the midfielder impressed during a loan spell from Scottish side Kilmarnock.

The 21-year-old former Linfield player made seven appearances for the title-winning Reds following his move to Solitude in January.

"Tommy Breslin was very keen to bring Jude to the club on a permanent basis," said Reds chairman Gerard Lawlor.

"He is a player whom the manager has a lot of faith in."

Lawlor added: "We're very pleased to have secured the deal not just because we have acquired another good player, but because it further demonstrates that Cliftonville is a club which is an attractive proposition to professionals who have plied their trade in the full-time game.

"Players know that we are a club making great strides forward and the addition of Jude Winchester is just the latest example of that."

It's the second signing for the north Belfast side in a week following the return of midfielder James Knowles from Linfield.