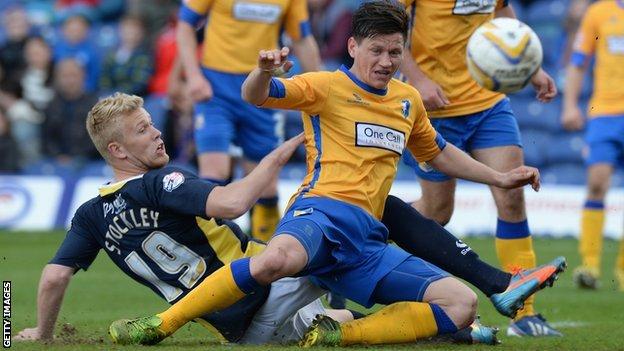 Left-back Jennings, 26, is a former Manchester City youth player who previously had spells with Macclesfield, Kettering and Cambridge.

He joined Mansfield in January 2013 and made 33 appearances for the club last season.

"He won promotion from this league with Mansfield the season before last, played in League Two last season, and he's very keen to get back into that league with us.

"I've done a lot of homework on him, he's a very good pro, he looks after himself off the field, and loves his football."