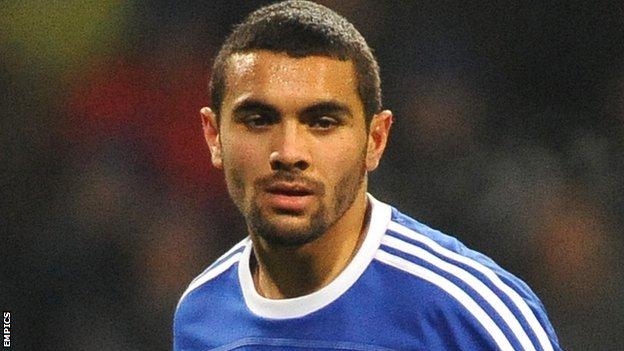 Port Vale boss Micky Adams has made his first signing of the summer by bringing in Colin Daniel from League Two Mansfield Town on a two-year contract.

The versatile left-side operator, 26, has signed subject to a medical after making 75 appearances for the Stags..

"I had a few clubs showing their interest," he told BBC Radio Stoke.

"But, as soon as Micky Adams called me, I couldn't say no because Port Vale are obviously a big club. I've heard a lot of good things about the place."

Daniel's down and up

Adams added: "Lots of clubs were interested in him. We've highlighted him and tracked him all season, and we're sure he'll be a great asset."

Daniel started his career with home town club, Eastwood Town, before moving to Crewe Alexandra, where he made 14 appearances, but was loaned out to Halifax Town, Grays Athletic and Macclesfield Town.

He made a permanent move back to Macclesfield in the summer of 2009, spending three seasons at the Moss Rose before moving on to Mansfield in 2012.

In his first season at Field Mill, Daniel was a key member of the Stags' promotion-winning team that won the Conference Premier title, and he was offered a new deal after playing 32 games this season as they finished mid-table in League Two.

After much debate on the subject for several months, the 52-year-old is understood to be ready to commit himself to a new one-year rolling deal.