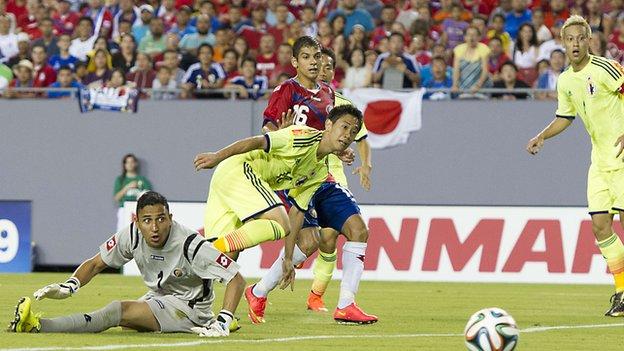 Costa Rica's Bryan Ruiz, on loan at Dutch side PSV Eindhoven from Fulham, put his side ahead in the 31st minute.

Yasuhito Endo equalised on the hour-mark before Kagawa made it 2-1 to Japan with 10 minutes to go and Yoichiro Kakitani added a late third.

Los Ticos play their final warm-up game against the Republic of Ireland in Pennsylvania on Saturday before their opening World Cup clash against Uruguay on 14 June.

Japan are in Group C with Colombia, Greece and Ivory Coast.