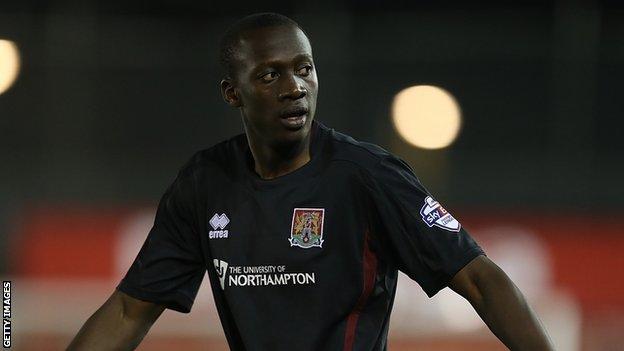 Northampton Town striker David Moyo has signed a new one-year deal with the League Two side.

The 19-year-old Zimbabwe-born academy product made his Cobblers debut in 2012 and has 13 appearances in total.

"We feel David has got a bright future," said manager Chris Wilder. "There is more to come from him than supporters may have seen so far.

"He's got pace which is frightening but we need to work on his skills and his technical ability."