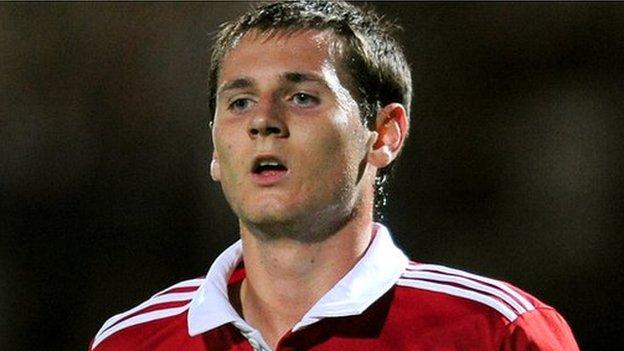 Grounds has agreed to join Blues on a two-year deal from 1 July, the first summer signing by manager Lee Clark.

"Jonathan's versatility is important," said Clark. "He can play as a left-back or left-sided centre half. We conceded far too many goals last season, so it was key we strengthened our defence.

Grounds first played under Clark during a loan spell at Norwich in 2008.

Clark was assistant to Canaries boss Glenn Roeder when Teesside-born Grounds arrived for the first of two spells at Carrow Road.

He is also well known to Blues chief scout Malcolm Crosby, who was number two to Gareth Southgate at Middlesbrough, where Grounds spent the first five years of his career.

Grounds made 33 league appearances for Boro, seven of them in the Premier League, the rest in the Championship, but joined Oldham on a two-year deal in 2012.

He made over 100 appearances for the League One club, but has opted not to stay on at Boundary Park.

"He has a lot of experience and I can see in his eyes that he has that hunger as he was always determined to get back playing in the Championship," added Clark.

Birmingham escaped relegation on a dramatic final day of the Championship season, but remain up for sale.

Despite Clark still being unaware of what size budget he has to play with, the club are continuing to operate as per normal.