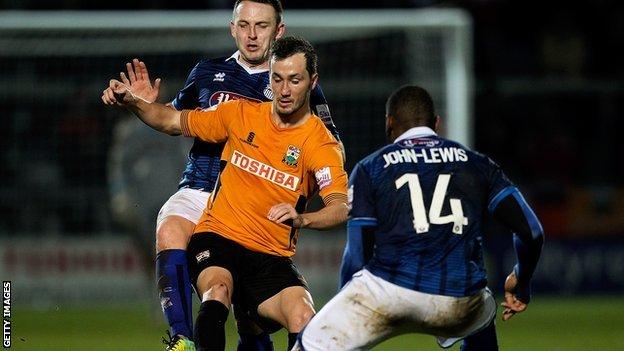 The Minstermen will have to pay the Conference Premier side an as yet undecided amount of compensation for the 23-year-old.

Hyde scored 12 goals in 27 appearances for the Bees last season.

He is the third player to join the League Two side ahead of next season after defender Femi Ilesanmi moved from Dagenham & Redbridge and goalkeeper Jason Mooney joined from Tranmere.