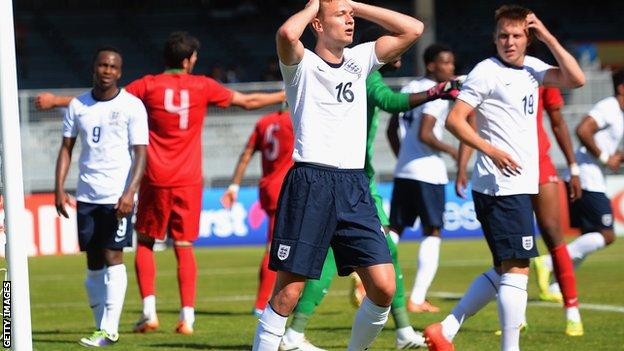 England Under-20s lost 1-0 to Portugal in the third-place play-off at the Toulon Tournament.

Gareth Southgate's side created plenty of chances, and went close through Saido Berahino and Ben Gibson.

But when Liam Moore's attempted clearance struck team-mate Berahino, Ricardo Horta was on hand to score a 56th-minute winner for Portugal.

Southgate said: "All of the players here will have come out of the competition better for it."

England, making their first appearance in Toulon since 2005, had beaten Qatar, lost to Brazil and drawn with South Korea and Colombia as they finished second in Group B.