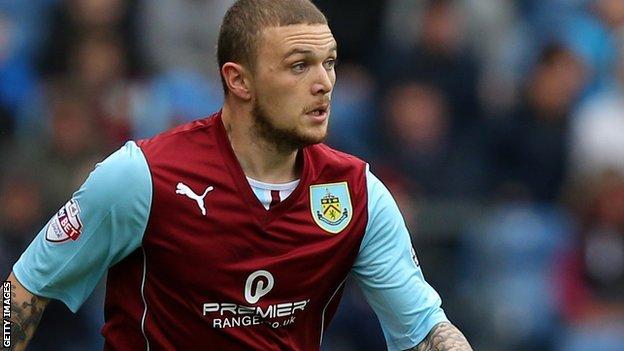 Burnley defender Kieran Trippier has signed a new contract with the club.

The 23-year-old, who joined the Clarets from Manchester City in January 2012 after an initial loan move, has now agreed a three-year-deal at Turf Moor.

Trippier has scored seven goals in 174 appearances in a senior career which also includes two spells with Barnsley.

He was named as Burnley's Player of the Year at the end of his first season with the club and played 41 league games for Sean Dyche's side this term.