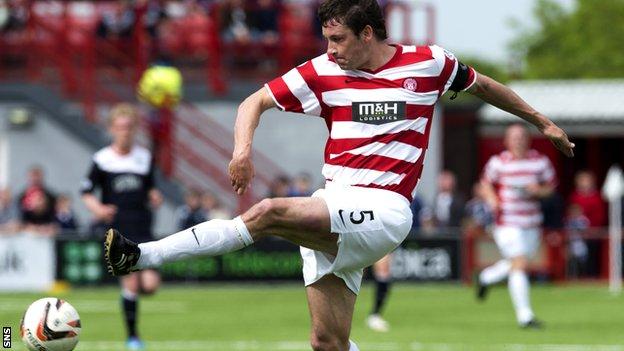 The 32-year-old has made over 200 appearances for the club.

Midfielder Routledge, 24, played his 100th game for the New Douglas Park outfit in the play-off final win over Hibernian that sealed promotion to Scotland's top flight.