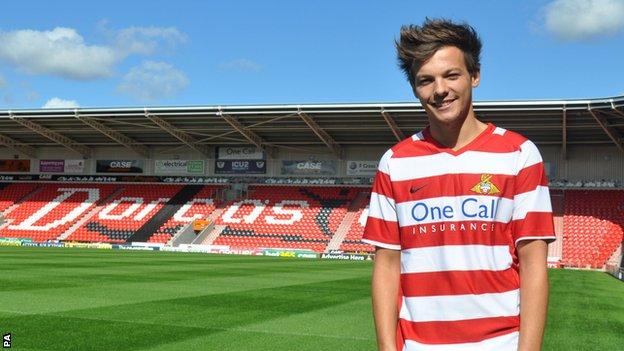 The owners of Doncaster Rovers have confirmed they are in talks over a possible takeover.

The pair are said to be in the process of setting up a Trust to buy Rovers following the club's relegation from the Championship.

Tomlinson made an appearance for the Rovers reserve side in February.

In a statement on the club website Doncaster said that the club was not in a position to comment further about the level and detail of the discussions, but would do so "as soon as it is legally possible".

The statement continued: "The owners are looking to ensure a swift resolution to the discussions to ensure that this does not impact adversely on the summer transfer activity.

"Any decision made by the current owners will focus on for what is best for Doncaster Rovers in both the short and long term."