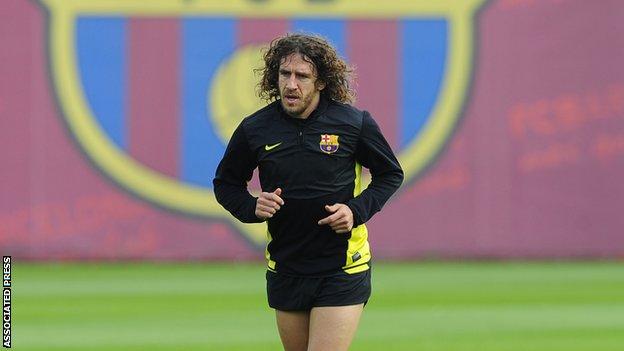 Puyol, 36, spent his whole career at Barca before being forced to quit in May with a knee injury.

The defender, who played 593 games for Barca, said: "I am full of excitement about this new stage in my life."

Puyol won the Champions League with Barca three times and became a world and European champion with Spain.

The former centre-back, who also won six Spanish league titles, will take up his new position in September.

"We will try to make the most of his experience," Zubizarreta said.

"We will make sure he is close to all the teams and it is a unique opportunity."