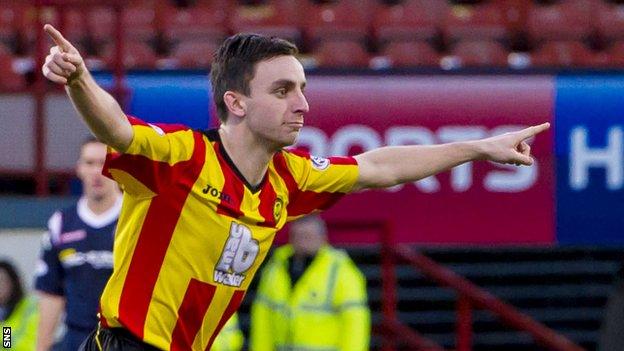 The 23-year-old winger, who joined the Jags from Motherwell in 2012, has agreed a one-year deal.

Their offers came after Thistle finished 10th in the Scottish Premiership.