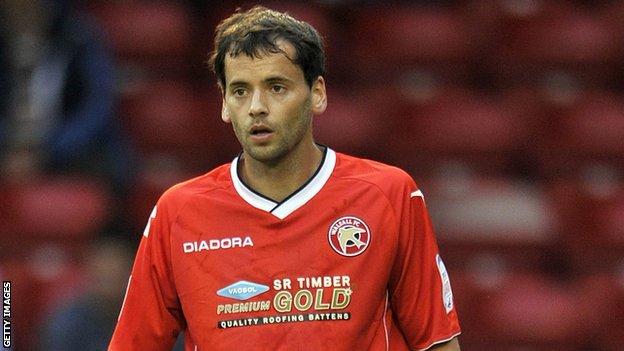 The 30-year-old full-back joined the Saddlers on a free transfer in May 2012, following Hereford United's relegation from the Football League.

Purkiss, who played for Saddlers' number two Richard O'Kelly at Hereford, is keen to improve on this season.

"There are areas that clearly need attention but the gaffer is working hard to address the situation. There'll be some new faces coming in," he said.

"We have a good nucleus here. Our goalkeeper Richard O'Donnell is as good as anyone at this level and there is a strong foundation with plenty of quality."

Walsall finished a disappointing 13th in League One, on the back of a run that saw them win just twice in their final 18 games, having looked like play-off contenders for much of the campaign.

Saddlers boss Dean Smith released eight players, including 17-goal top scorer Craig Westcarr, while captain Andy Butler is free to talk to other clubs after rejecting the offer of a new deal.