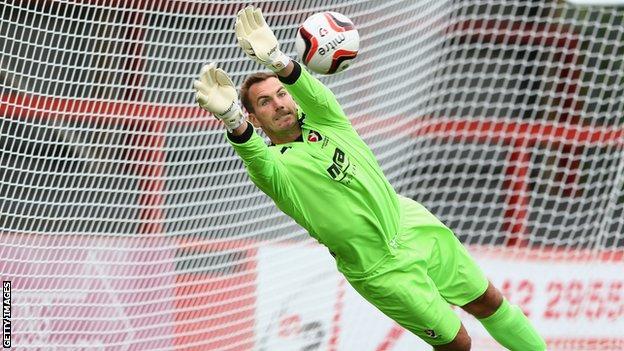 New Aberdeen signing Scott Brown has revealed that the death of his father was the signal for him to take his chance of moving to Pittodrie.

The goalkeeper, 29, agreed a deal with the Dons after ending a 10-year spell at Cheltenham Town.

"Once Dad passed away, there was nothing for us to stay in Wolverhampton for," Brown said.

"That is what really made the decision. When Dad was ill, I wanted to be around, but he sadly passed away."

Brown has also revealed that in the same week he lost his father, his first son was born.

"It's been a strange few weeks and days. You watch someone die and watch someone be born in the space of four days," he told BBC Gloucestershire.

"It's been a very difficult time."

I want to push myself as much as possible and, when this opportunity came along, I could not turn it down

Brown started his career at Wolves and joined Cheltenham after spells with Welshpool Town and Bristol City.

He made his first-team debut in 2005 and made more than 200 appearances for the Robins, who finished 17th in England's League Two this season.

"I didn't want to not take this opportunity knowing that it might not come along again," he said of his move to the Scottish Premier League.