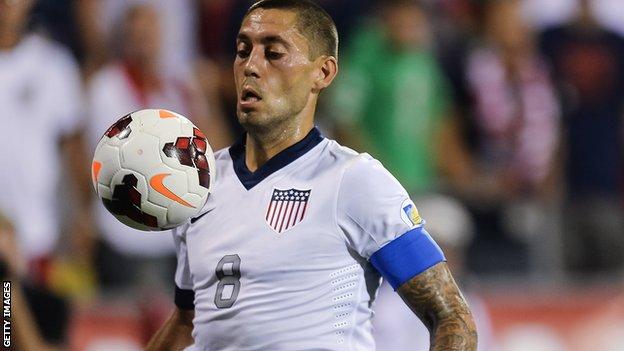 Injured captain Clint Dempsey missed out as the USA made a winning start to their World Cup preparations on Tuesday, beating Azerbaijan 2-0.

Dempsey was withdrawn before kick-off with a sore groin but should recover for friendlies against Turkey and Nigeria, on 1 June and 7 June.

USA begin the World Cup against Ghana, followed by Portugal and Germany.

Elsewhere on Wednesday, South Korea were beaten 1-0 at home by Tunisia in a World Cup warm-up match.

Defender Hong Jeong-ho left the Seoul pitch on a stretcher after injuring his ankle and could now be a doubt for the tournament in Brazil.