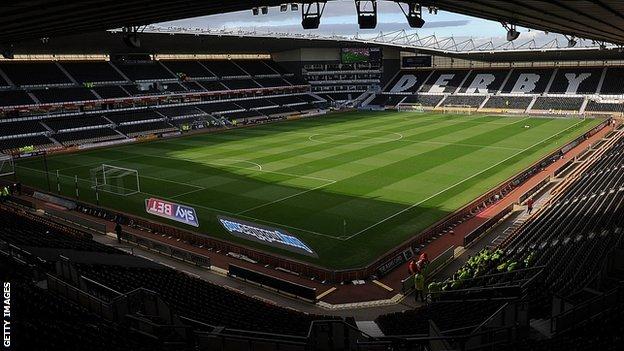 The 58-year-old, who was born in Derby and was previously on the Rams board during the 2006/07 season, is one of the main shareholders in the company behind the Candy Crush game series.

Morris has also taken up a "significant minority shareholding".

Derby's North American ownership group has been criticised in the past for not having any local link, but that changes with the arrival of Mel Morris.

What will not change is Derby's commitment to meeting Financial Fair Play rules, or their spending plans. Chief executive Sam Rush has preached the need for the club to be run properly.

"I am delighted," Morris said. "I hope I can further strengthen the incredibly positive position the club enjoys on and off the pitch."

The Rams finished third in the Championship this season and were beaten in the play-off final at Wembley on Saturday.

Morris is non-executive chairman of King Digital Entertainment, which was recently valued at more than £2bn.

He added: "The last 12 months has seen this club make considerable strides in the right direction. From the outside looking in, I have been very impressed with the professionalism and humility at all levels.

"To have been within a whisker of making the Premier League shows how well the team, under the exciting and capable guidance of Steve McClaren and his coaching staff, performed on the pitch this season. It is evident to me that Derby County is a very well-run operation."