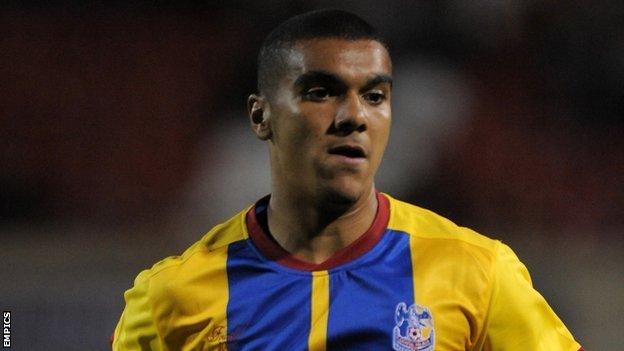 Cambridge director of football Jez George has suggested they will attempt to re-sign Kwesi Appiah on loan for their return to League Two next season.

George told BBC Radio Cambridgeshire: "If I give out his number, the fans can try to persuade him."

The U's are planning for a Football League season for the first time in nine years, after a 2-1 win against Gateshead in the Conference Premier promotion final at Wembley earlier this month.

George stopped short of declaring an interest in Appiah, but hinted the forward may be the sort of player they are looking to recruit.

"We're working really hard to see if we can bring the right players in to improve the club," said George.

"If I leave it at that, then you can read between the lines."

Appiah's current deal at Selhurst Park runs until 2015, with the Premier League club reserving the option of a further two years.

United manager Richard Money, who attempted to re-sign Appiah in January, has already said the former Ebbsfleet player is a target for the club.

Immediately after beating Gateshead he said: "When you come into a football club and have the impact that Kwesi had, there's a relationship and feeling which goes both ways.