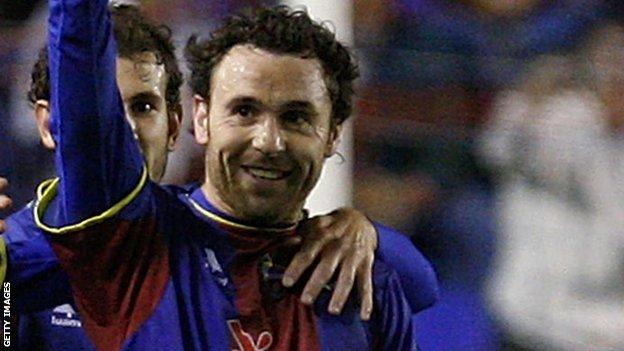 He replaces Javier Aguirre, who is leaving when his contract expires next month, after his side finished just three points above the relegation zone.

Espanyol sporting director Oscar Perarnau said: "We are delighted with Sergio's personality and he knows the club perfectly."

Gonzalez, 37, made 107 appearances for the Barcelona club and helped them win the Copa del Rey in 2000.

He also won 11 caps for Spain and has been more recently coaching Espanyol B in the third tier of Spanish football.

"He has little experience as a coach but everyone has to start one day and we believe he has what it takes," added Perarnau.