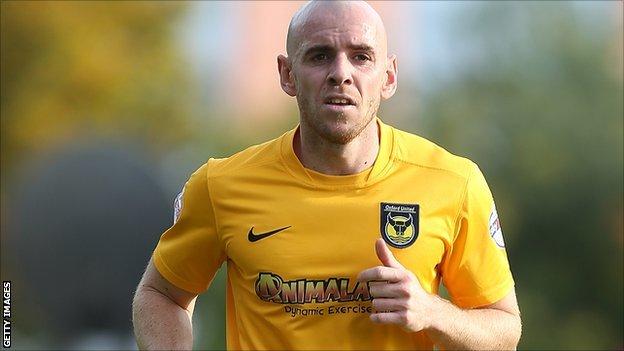 Newey, 31, made 47 appearances for the U's last season, scoring once, after arriving from Scunthorpe.

"I'm really pleased to have signed," said Newey. "It is a good club with ambitions to keep moving forward and I have really enjoyed my time here.

"Personally, I want to play in a successful side and signing for Oxford gives me that opportunity next season."