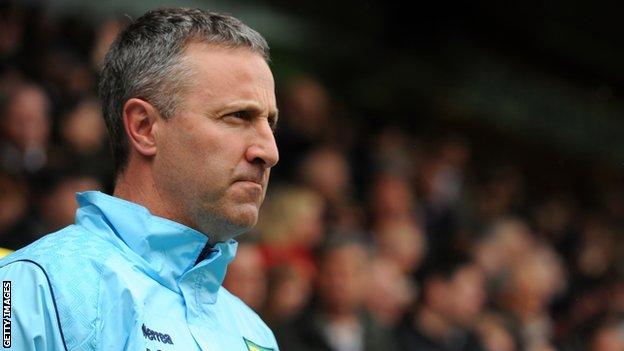 Norwich City will recruit a technical director to assist boss Neil Adams as part of a new-look backroom staff.

Adams, who was in interim charge as the Canaries were relegated from the Premier League, was appointed permanently last week.

The club are keen to emphasise that the technical director role will be different to that of a director of football, a position which usually involves overseeing the signing of players.

Instead Adams, a former Norwich player and youth-team coach, will be given full control over transfers in the Championship next season.

And there will be a football management board in place, which will include McNally, the technical director and a director of recruitment, who is also yet to be appointed.

"The technical director will deal with all the things important for preparing players, but will allow the manager to concentrate on the coaching of the first team," said McNally.

"The manager will still have final say over players in and players out.

"The technical director will look after a whole host of things. It will include, and this is by no means a comprehensive list: the academy, the training ground, the infrastructure, medical, physiotherapy, conditioning, fitness, nutrition, hydration, rest, well being, behavioural standards."

Norwich interviewed a number of candidates for the managerial position, but McNally insisted none of them were put off by the prospect of working with a technical director.

"Every candidate bought into the structure. I'm not sure they would have felt the same way about a director of football," he said.

"And I don't think I would be supportive of a director of football for a number of reasons."