The waiting is finally over.

Football's showpiece event begins in Brazil on Thursday and you will not miss a kick with Today at the World Cup, our new daily feature.

With up to four games per day, around-the-clock coverage and hundreds of unfamiliar players, we will ensure you know what is happening, how to follow all the action and who to watch out for.

Packed with predictions, key timings, nostalgia and with an added dash of Brazilian flavour, this is your one place to find out everything you need to start your World Cup day.

You can also follow all the latest news from Brazil throughout the day via World Cup Sportsday.

BBC Sport's Mark Lawrenson: "Brazil are the hosts and a lot of people's favourites but the pressure and expectation they will have to put up with is massive. I think they will go very close to winning the tournament but it will not be easy for them.

"They will get through their first game without any problems, though. This Croatia side is nowhere near as strong as their teams from previous tournaments."

How to follow: Watch live on ITV, listen on BBC Radio 5 live, live text commentary on BBC Sport website. Highlights on BBC One. 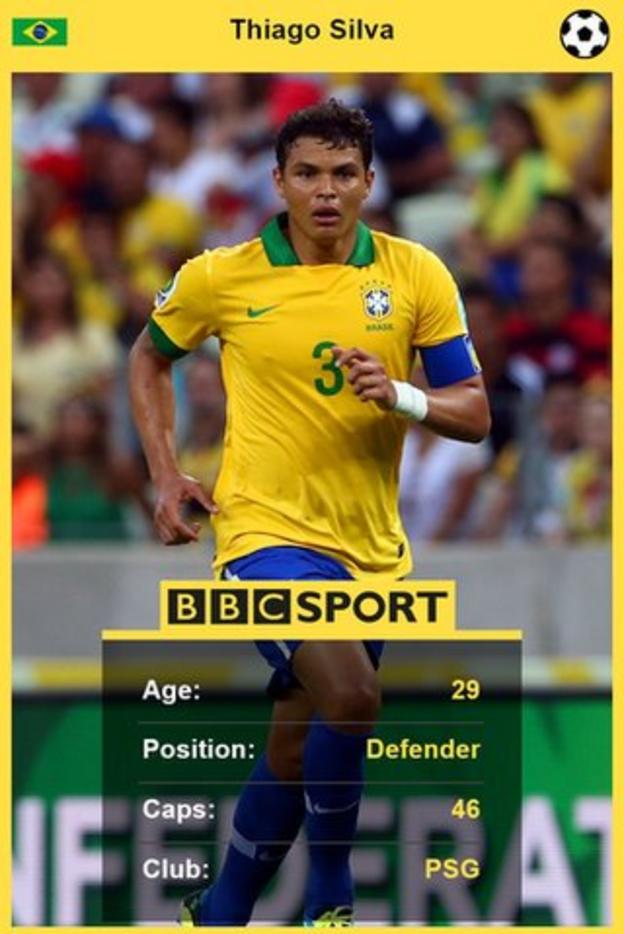 Strong in the air and composed in possession, Brazil captain Thiago Silva was the only defender shortlisted for the 2013 Fifa Ballon d'Or. He is worthy of a place in the great 1970 World Cup-winning Brazil side, according to Rivelino, who played in that team.

Silva, who plays for French champions Paris St-Germain, has struck up a particularly strong partnership with Chelsea defender David Luiz at the heart of the Brazil defence.

During coach Luiz Felipe Scolari's time in charge, the Selecao have won 84.61% of the games in which Silva and Luiz have both played. It is little wonder, then, that Silva's club are keen to pair them together at the Parc des Princes.

Believe the hype; Neymar is pivotal to Brazil. Full of energy and tricks and able to dribble at incredible speed, he is the player most capable of changing a game for Scolari's side. The Barcelona forward was - as he so often is - the star of the show in the recent World Cup warm-up match against Panama, scoring one goal and having a hand in the others as Brazil won 4-0, taking his tally to 31 goals in 48 appearances.

Brazil striker Fred has said that if all else fails, get the ball to Neymar, such is his ability to make something out of nothing.

The same could be said of Luka Modric for Croatia. The former Tottenham playmaker, 28, excelled in a deep-lying role for Real Madrid this season and his passing accuracy of 89.73% was the highest by a non-Barcelona player in La Liga. His intelligence could be key to unlocking the Brazil defence and causing an upset.

From the day in October 2007 that Brazil was awarded the World Cup, the South American country has been under the spotlight.

There have been widespread protests from Brazilians against staging the tournament, while doubts have persisted about whether stadiums and infrastructure will be completed in time.

Is Brazil ready? Or will this be a tournament marred by organisational problems and demonstrations from a sceptical public?

The answer to those questions should largely be answered at 19:15 BST, when the opening ceremony gets under way at the Arena de Sao Paulo, making that a must-see moment before a ball has even been kicked.

The host nation has never lost their first World Cup game, with the 20 previous hosts winning 14 and drawing six of their openers.

Eight of the last 12 opening matches at World Cups have produced one goal or less.

Brazil won their one previous competitive meeting with Croatia 1-0 in the 2006 World Cup; Kaka scored the winner in Berlin that day.

Brazil - you have been warned. The opening day at two of the last six World Cups has produced shocks far bigger than a Croatia win over the hosts would be this time around.

Senegal's 1-0 defeat of defending champions France in the first match of the 2002 tournament - courtesy of a breakaway Papa Bouba Diop goal - was the start of a miserable campaign for the French as they finished bottom of their group.

Twelve years earlier, holders Argentina, led by Diego Maradona, were stunned as Francois Omam-Biyik's header saw Cameroon open the tournament with a 1-0 win over the favourites in Milan. An abiding memory of that game is Argentina forward Claudio Caniggia being taken out by Benjamin Massing's flying horizontal body check.

Sao Paulo's residents - or Paulistanos - often claim to make the best pizza in the world, as well as the best Japanese food. But one thing they are famous for is "coxinha" - the deep-fried battered chicken snacks of national fame.