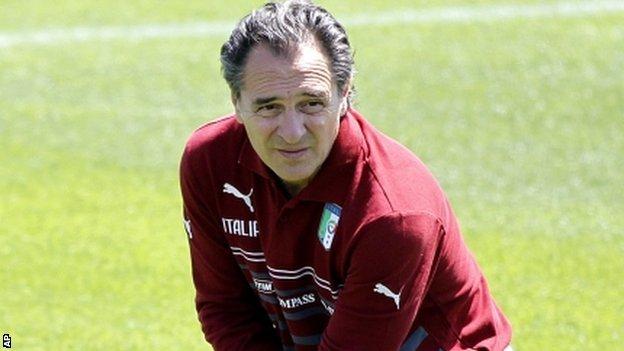 Italy coach Cesare Prandelli has signed a two-year contract extension that will take him through to the 2016 European Championship in France.

The 56-year-old made an immediate impact, leading his country to the final of Euro 2012.

Italy will be England's first opponents at the 2014 World Cup, the two sides meeting in Manaus on Saturday, 14 June.