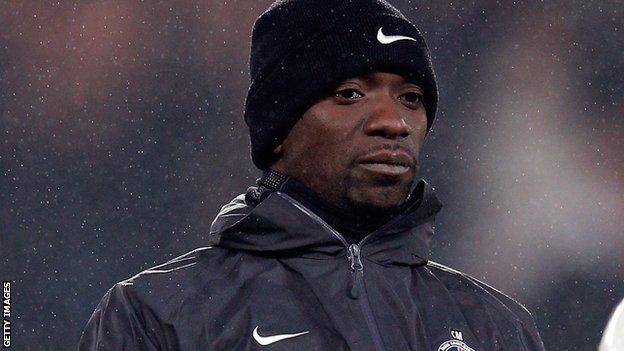 Former Chelsea midfielder Claude Makelele has been appointed as coach of French Ligue 1 side Bastia.

He replaces Frederic Hantz, who stepped down earlier this month after four years in charge at the Corsican club.

Makelele, 41, ended his playing career at Paris St-Germain in 2011, but became their assistant coach under Carlo Ancelotti later that year.

Hantz had guided Bastia to 10th place, but had announced he was leaving before the final game of the season.

Under Hantz, Bastia returned to France's top flight following successive promotions, where they won Le Championnat National in 2011 and then Ligue 2 one year later.

The 47-year-old coach took them to 12th in their first season in Ligue 1, but he stepped down just before their final game of 2013-14, saying he had "failed to take the club to the next level."