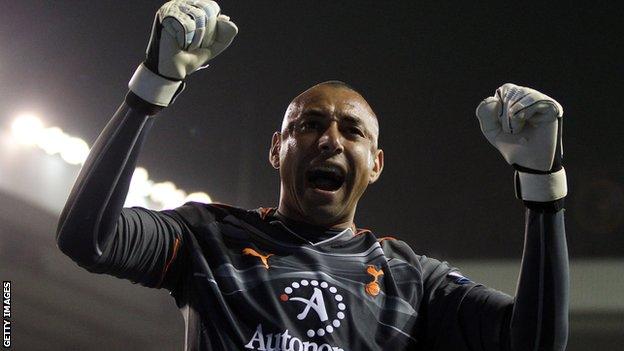 The 33-year-old has agreed a one-year deal at Vicarage Road, with the Championship club having the option for a further 12 months.

Gomes made 135 appearances for Spurs, having joined from PSV Eindhoven in 2008, but had not played for the first team since November 2011.

He was third choice last season behind Hugo Lloris and Brad Friedel.

Watford announced on their website: "Heurelho Gomes has agreed terms on a one-year deal at Vicarage Road and will officially become a Watford player on July 1."

Spurs confirmed on Thursday that Gomes would not be offered a new contract.