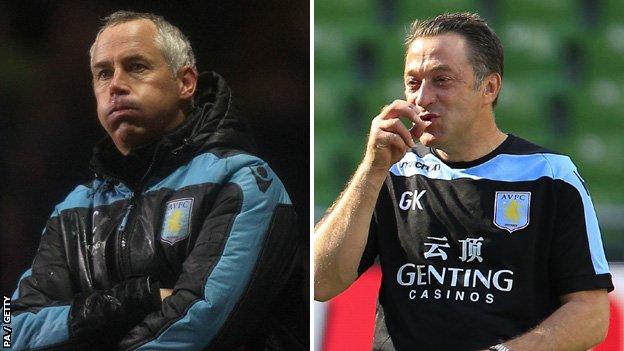 Culverhouse, 49, was suspended in April, although the club did not officially make public their reasons.

It is understood Villa had previously sacked head of football operations Gary Karsa, who was similarly suspended last month pending an investigation.

Culverhouse started his career at Tottenham but made his name as a right-back at Norwich in the 1980s and 90s before spells with Swindon and Brighton.

He joined Wycombe as coach in June 2005, one year before Lambert's arrival as manager.

He and Karsa, who was recruited by Wycombe as head of youth in September 2006, then followed Lambert on every step of his managerial career.