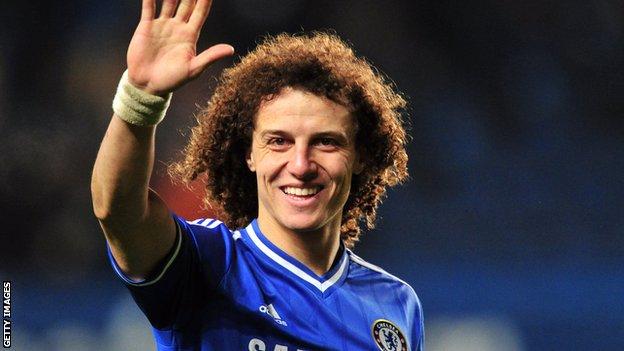 Chelsea have agreed a deal with Paris St-Germain, worth in the region of £40m, for the sale of defender David Luiz to the French champions.

"The move is now subject to David Luiz agreeing personal terms with PSG and passing a medical," a statement on Chelsea's official website read.

The Brazilian has three years left on the five-year contract he signed at Stamford Bridge in September 2012.

He said on Twitter: "Thanks CFC for this time of great partnership. I'm thankful for all! It's a new challenge and together we'll go even further. Allez Paris!"

Luiz has been the subject of interest from Barcelona in the last two summers, but French champions PSG - despite recently failing Uefa's financial fair play (FFP) rules - will break the transfer record for a defender to secure his services.

Luiz is not part of manager Jose Mourinho's first-choice central defensive pairing and his exit would provide funds to strengthen in other areas, especially as Chelsea themselves only narrowly complied with FFP rules.

Atletico Madrid striker Diego Costa is among those linked with a move to Stamford Bridge.

Because of FFP, Chelsea cannot afford to spend heavily on incoming players unless they recoup similar amounts from outgoings - which they could, and did, in the earlier years of owner Roman Abramovich's reign.

The new financial restrictions, coupled with Mourinho's plans from a footballing perspective, are now at the forefront of the club's thinking and also explain the £37.1m sale of midfielder Juan Mata to Manchester United in January.

All 12 of Luiz's goals for the Blues came in his first two-and-a-half seasons and although he played 34 games during the 2013-14 campaign, Mourinho prefers John Terry and Gary Cahill at centre-half and Luiz is not seen as a long-term option in midfield.