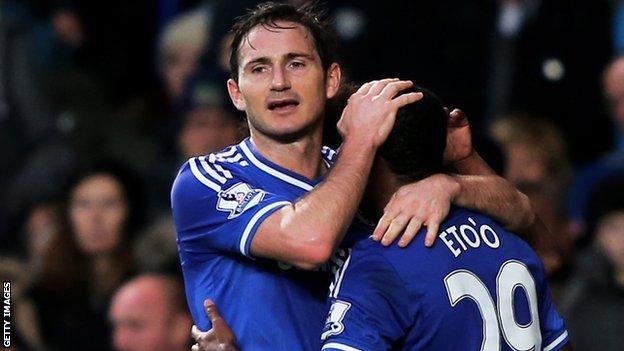 Frank Lampard will hold talks with Chelsea to determine his playing future after the World Cup.

The 35-year-old England midfielder is out of contract following 13 years at Stamford Bridge.

Lampard signed a new one-year deal in May 2013, but has yet to discuss another extension and is now a free agent.

He is understood to be relaxed about the situation and will meet Chelsea before any consideration of a move elsewhere.

Team-mate Samuel Eto'o is also out of contract having signed from Anzhi Makhachkala on a one-year deal last summer.

The Cameroon striker scored 12 goals in 35 games, but he could not help Chelsea to any silverware as the first season of Jose Mourinho's second stint as manager ended without the club winning any trophies.

Defender Ashley Cole is another free agent and has said he expects to leave after eight years with the Blues.