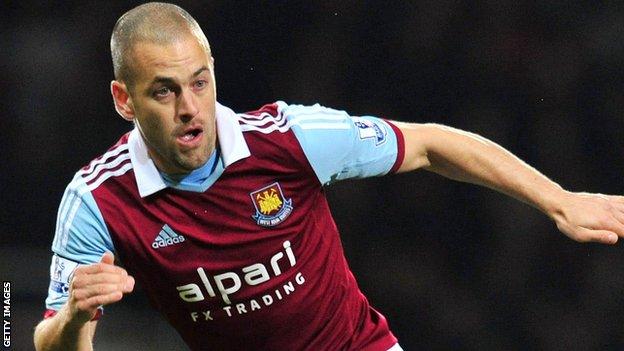 The 32-year-old made 25 appearances for the Hammers this season after joining the club for a second spell on an 18-month contract in January 2013.

Meanwhile, the Hammers have exercised an option to extend the contract of defender Dan Potts.

West Ham said on their website: "We would like to thank Joe, George and Jack for their considerable efforts and contribution to the success of the club in recent seasons and wish them well in their future careers."

West Ham manager Sam Allardyce will stay in charge this season but the board have insisted on the recruitment of a new attacking coach "to ensure the team provides more entertainment next season".

During his first spell at Upton Park, he played alongside the likes of Paolo Di Canio, Frank Lampard, Michael Carrick and Jermain Defoe, but he moved across London to Chelsea when the club was relegated.

Cole, who has been capped 56 times by England, won three Premier League titles and the FA Cup twice in a seven-year stay with the Blues.

After failing to agree a new contract he moved to Liverpool but he struggled to impress at Anfield and spent 2011-12 on loan at French club Lille.