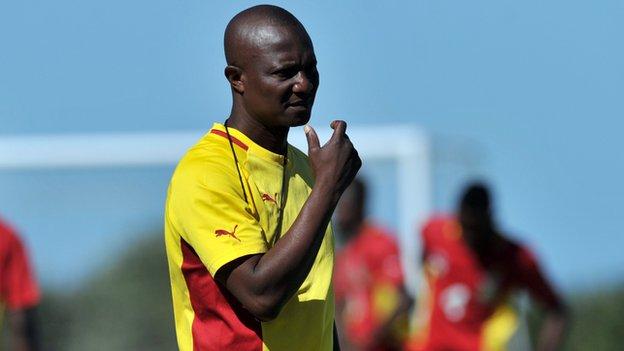 The Ghana Football Association has agreed a two-year contract extension with coach Kwesi Appiah, keeping him in the job until July 2016.

GFA president Kwesi Nyantekyie told BBC Sport that the decision is the governing body's strongest show of faith in the 53-year-old coach.

"By agreeing the deal we are demonstrating our faith in Appiah beyond the World Cup," he said.

"We are saying that we believe Appiah is the right man to take us forward."

Appiah, a former Black Stars captain, was appointed in April 2012 with objectives to win the 2013 Africa Cup of Nations and qualify the side for the 2014 World Cup.

While Ghana fell at the semi-final stage in South Africa, the side recovered to reach this summer's tournament in Brazil with victories over Zambia and Egypt.

Appiah will be the first Ghanaian coach to lead out the Black Stars at a World Cup.

However, he has a tough task to steer them through the first stage, with Germany, Portugal and United States their opponents in Group G.