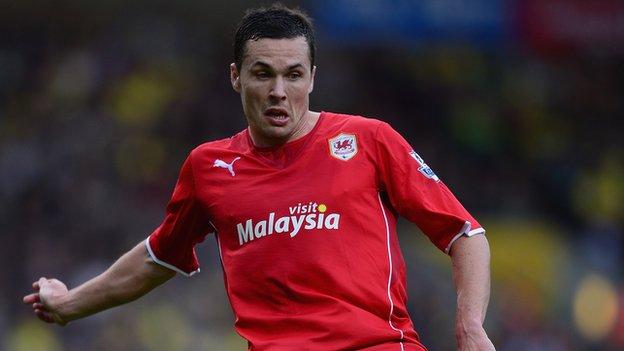 Cardiff City boss Ole Gunnar Solskjaer has offered Scottish midfielder Don Cowie a new contract as they prepare to return to the Championship.

But midfielder Tommy Smith, 34, and defender Simon Lappin, 31, have been released.

Cowie, 31, joined the Bluebirds in July 2011 from Watford and has made over 90 appearances for the club.

Smith arrived a little over a year later and Lappin in January, 2013.

The news came on the day Cardiff signed Guido Burgstaller from Rapid Vienna.

Smith, who was recruited from Queens Park Rangers, made no Premier League appearances last season, appearing only three times in other competitions.

Norwich had released Lappin ahead of his move to the Welsh capital and he spent a loan stint at Sheffield United while Cardiff headed for relegation.

Cowie arrived having become a free agent on leaving Watford and made 22 top-flight appearances in 2013-14, including nine as a substitute.