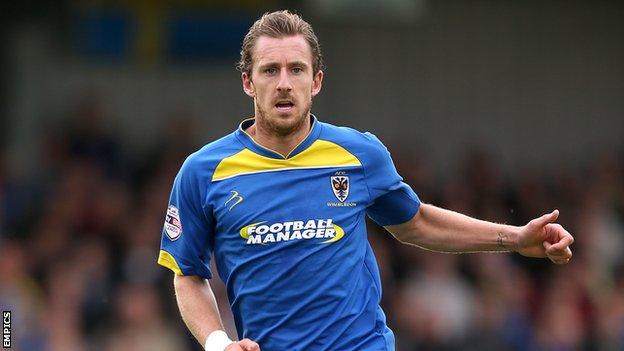 Conference Premier new boys Eastleigh have announced their second signing of the week after completing the capture of Jack Midson.

The 30-year-old was among eight players released by League Two side AFC Wimbledon earlier this month.

"We are looking forward to welcoming a player of Jack's pedigree and ability," said manager Richard Hill.

Prior to his time at AFC Wimbledon, Midson was a team-mate of James Constable at Oxford United.

And the pair will be reunited at Eastleigh after Constable arrived on a two-year deal earlier this week.

"I have been speaking to Jack for a few weeks now, desperately trying to get this deal over the line," added Hill.

"Like James Constable, Jack is an extremely ambitious lad and, to come and play in the Conference, he needed to be convinced that we're not going into this league just to tread water."

Midson began his career at Stevenage and also had spells at Southend and Barnet before signing for AFC Wimbledon in June 2011.