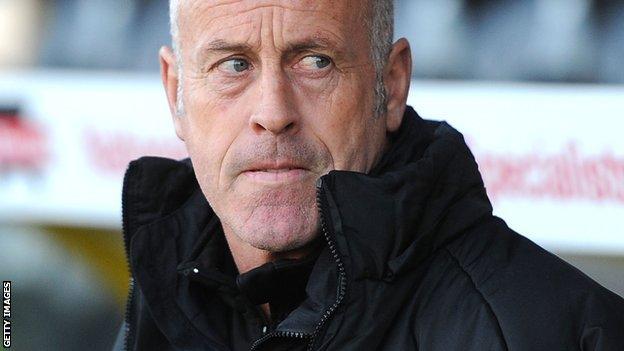 Foyle, who left the Conference Premier side in March after almost two years in charge, filed the petition on Thursday, and the court date for the hearing has been set for Monday, 2 June.

The 51-year-old, now managing Southport, departed amid concerns over the club's financial status.

Hereford are currently looking to clear around £225,000 worth of debt.

A club statement read: "The current winding up petition served by ex-manager Martin Foyle has not come unexpectedly, the debt owed to Martin is included, and will be fully covered, by the above agreement."

The club have already avoided a winding-up petition this year after completing a £78,000 tax payment to Revenue and Customs (HMRC) in April.

Last week, Bulls chairman David Keyte said new investment in the club was imminent, as they look to settle all of their outstanding debt before the Conference Premier annual general meeting on 6 June.

The current six-figure sum includes an £80,000 tax bill to HMRC, about £30,000 owed to other clubs for loan players and outstanding wages to a number of Bulls players.