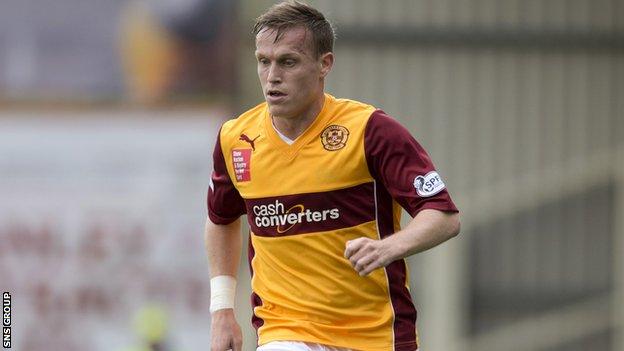 The 32-year-old recently made his 500th appearance for the club, having made his Fir Park debut in 2000.

"Although I had a few niggling injuries that I played through last year, I felt it was a decent campaign," he said.

"I've signed for two years but I am certainly not winding down. I am still hungry to achieve great things with Motherwell and that's the aim now."

Hammell, capped once for Scotland in 2004, had an 18-month spell at Southend, returning to Lanarkshire in January 2008.

And he has helped Motherwell finish second in the top flight in the last two campaigns.

"Steven's performances last season were the best of my time at the club," manager Stuart McCall told the club website.

"He seems to get better with every year. The last game against Aberdeen epitomised his season, he was absolutely outstanding.

"Clubs need good senior professionals and there are few better in the game. I am absolutely thrilled he has committed for another two years."