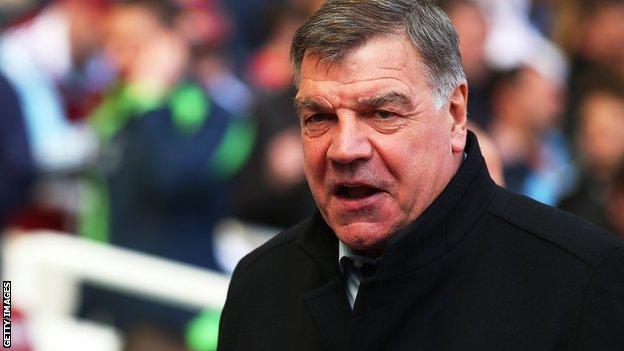 Sam Allardyce has backed a directive for West Ham United to play entertaining football next season, after he was assured of his role as manager by the club's owners.

The Hammers issued a statement on Tuesday that confirmed Allardyce's position, but also stated there would be a change in playing style.

"Entertainment, contrary to what some people say and think, is high on my list," Allardyce said in a statement.

"This is an entertainment business."

He added: "It is also a results business, though, and we need to win matches. If we can win games the right way next season then that has to be our ultimate aim and number one priority, particularly at home."

The 59-year-old took West Ham back into the Premier League in his first season in charge via the Championship play-offs, and has since secured their top-flight status in each of the last two seasons.

However, there were supporter protests at games towards the end of the last campaign centred around a poor run of form, with one win in six, as the season drew to a finale.

Following talks with the owners, a new attacking coach will be appointed to the backroom staff, and there are also plans to bring a director of football to the club as the move from Upton Park to the Olympic Stadium in 2016 edges closer.

"We all agreed that whoever comes in has to be qualified and of the right type to supplement our already highly-qualified backroom staff, in whom I have complete confidence."