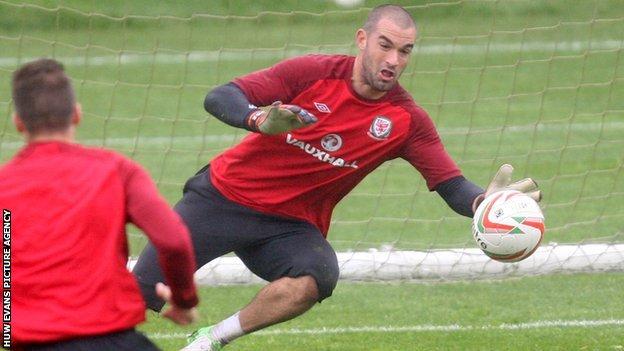 The 31-year old is not in manager Chris Coleman's squad for next month's friendly against Netherlands.

"He's done well for us so you never want to lose someone like Boaz," Coleman said.

"But there's not a lot we can do. It's not like he's under contract and we can hold him to it.

"It's international football and players come if they want to and don't if they don't.

"He was adamant he wanted to spend more time with his family, which we respect, and he was honest."

Coleman says he told Myhill he could miss out on a potentially successful period for Wales as they build towards the 2016 European Championship qualifiers.

"You can't get that time back," said the Wales manager. "But he was adamant he wanted to spend more time with his family, which we respect.

"And I think we're going into a period with Welsh football which could be very fruitful and successful.

"I believe that and it would be a shame if he missed out on that.

"But he's made his decision. We respect it [and] wish him all the best."

California-born Myhill appeared for England Youth and Under-20, but was eligible for Wales via his Llangollen-born mother.

Myhill turned down a Wales approach in 2006 for family reasons but he went on to make his debut as a substitute against Luxembourg two years later during John Toshack's reign as manager.