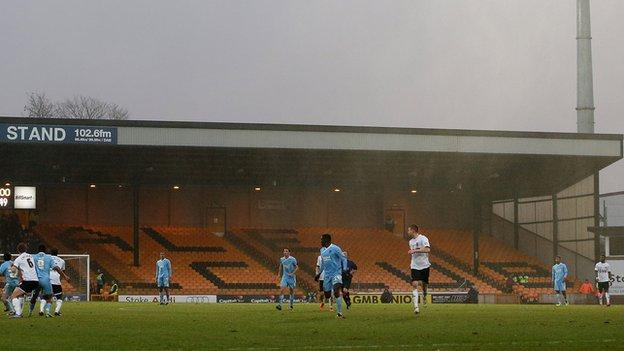 Captain Doug Loft, who has been linked with fellow League One side Gillingham, is one of nine players whose current deals are about to expire.

Vale boss Micky Adams is still to sign his own offer, a rolling one-year deal.

But he has made offers to the majority of his out-of-contract players, Chris Lines, Chris Neal, Joe Davis, Richard Duffy, Chris Birchall, Carl Dickinson, Jennison Myrie-Williams and Ryan Lloyd.

"We've all been in that position as players, when your contract's up and you're maybe waiting for a call from another club," said Adams' assistant manager Mark Grew.

"You just have to be patient and see what they're going to do. But there's certainly a few players there that you'd love to keep."