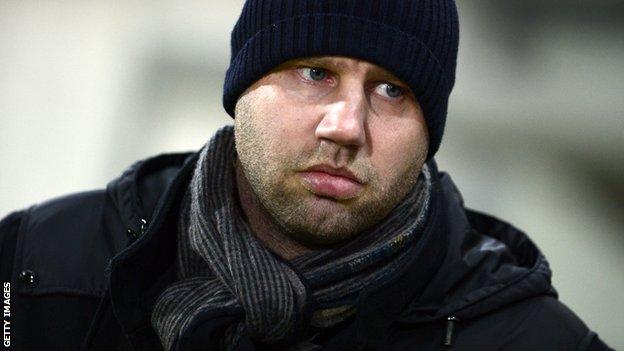 The 40-year-old has succeeded compatriot Jose Riga, who helped the Addicks avoid relegation from the Championship.

Peeters was most recently in charge of Belgian outfit Waasland-Beveren and has also managed Cercle Brugge and Gent.

The former striker, who was capped 13 times by Belgium, also had a two-year spell as a player at Millwall between 2003 and 2005.

Former Charlton assistant manager Alex Dyer will not be part of the new setup and has left the club after after three-and-a-half years at The Valley.

Riga, 56, took over as Charlton manager in March following Chris Powell's sacking and had hoped to remain in charge after seven wins from 16 games.

But Charlton owner Roland Duchatelet, who also owns Standard Liege, decided against that in favour of Peeters.