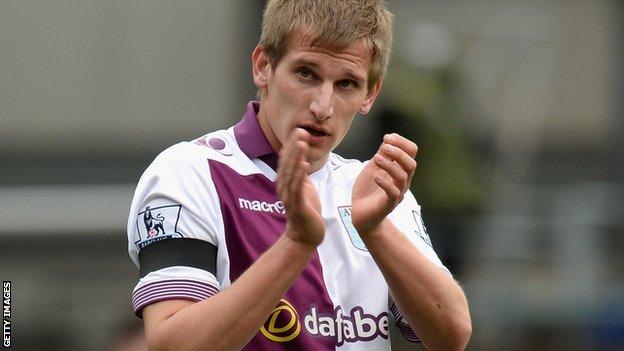 Albrighton, 24, who has been with Villa since the age of eight, went on loan this season to Championship side Wigan Athletic, who were keen to make him a permanent signing.

Marc Albrighton scored six goals in 33 games in his best season at Villa in 2010-11, under Gerard Houllier, remaining a key squad player under Alex McLeish the following season. He made just five Villa starts in Paul Lambert's first season in charge, but made 21 appearances this season following the end of his month's loan at Wigan.

But he was recalled to Villa Park, making nine Premier League starts.

That took his total of career appearances for the club to 101.

Former England Under-21 international Albrighton is the newly-promoted Foxes' third signing of the day.