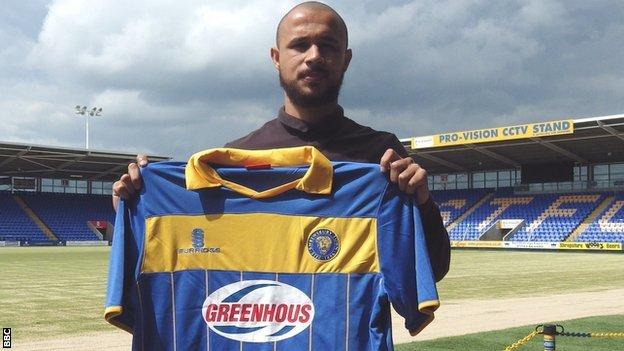 New Shrewsbury Town manager Micky Mellon has made his first signing by bringing in winger Ashley Vincent, following his release by Cheltenham.

The 28-year-old ex-Wolves trainee has twice been in promotion-winning teams from English football's fourth tier.

He did it with Cheltenham and again at Port Vale in 2013 but, after turning down the offer of a Vale deal to rejoin Cheltenham, last term did not go well.

"But I've played against Micky's sides before so I think he knows what I can do. I've now just got to hit the ground running."

Mellon added: "He's someone I've been aware of since I was at Fleetwood. He's a really pacy, exciting attacking player with great technique. He can play on both wings and down the middle.

"When I first spoke about coming to Shrewsbury, he was one of the first players I spoke about bringing in."