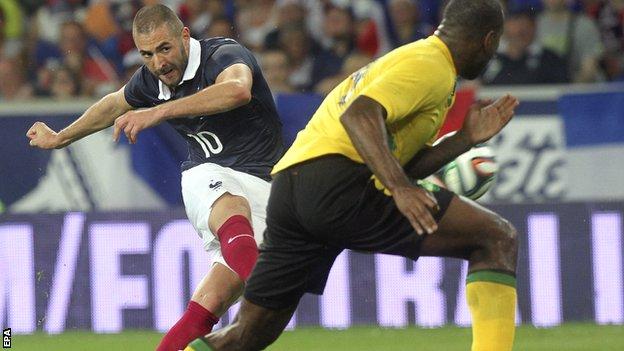 Matuidi and Benzema were also on target in the second half, with Giroud and an Antoine Griezmann double completing the rout.

Real Madrid striker Benzema was particularly impressive as the French showed they can absorb the loss of Franck Ribery, who misses the World Cup with a back injury.

Shots on Target
Home15
Away1