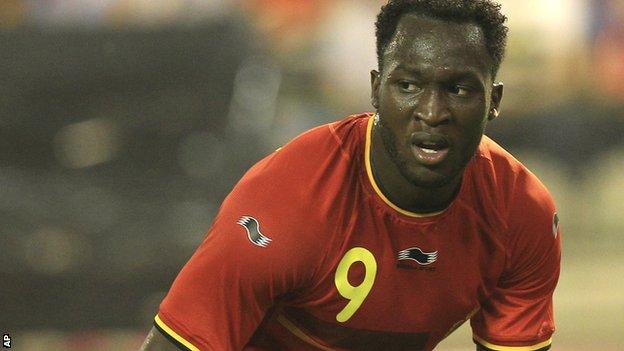 Belgium striker Romelu Lukaku limped off during his side's 1-0 win against Tunisia in their last warm-up match before the 2014 World Cup in Brazil.

Chelsea's Lukaku, 21, who was on loan at Everton this season, came on in the 62nd minute but then picked up a knock.

Dries Mertens scored a last-minute winner against Tunisia, who had Issam Jemaa sent off for two bookings.

The match was interrupted for about 40 minutes after torrential rain turned into giant hailstones in Brussels.

When the game restarted, Tunisia were soon reduced to 10 men and Belgium dominated possession before Mertens scored the decisive goal, as he found space in the penalty area and converted Nacer Chadli's pass.

Lukaku, who had scored four times in his previous two matches for Belgium, picked up an ankle injury late in the game.

He will face further tests on Sunday, but is expected to be fit for his side's opening World Cup match against Algeria in Belo Horizonte on 17 June.

Russia and South Korea are the other teams in Group H.