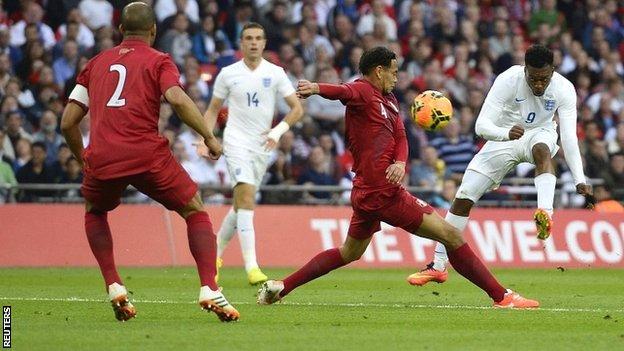 England stepped up their preparations for the World Cup in Brazil next month with victory over Peru at Wembley.

Peru were selected for this occasion to offer a taste of South American opposition, and it was a win that was not without its anxious moments before Roy Hodgson's side exerted their authority. 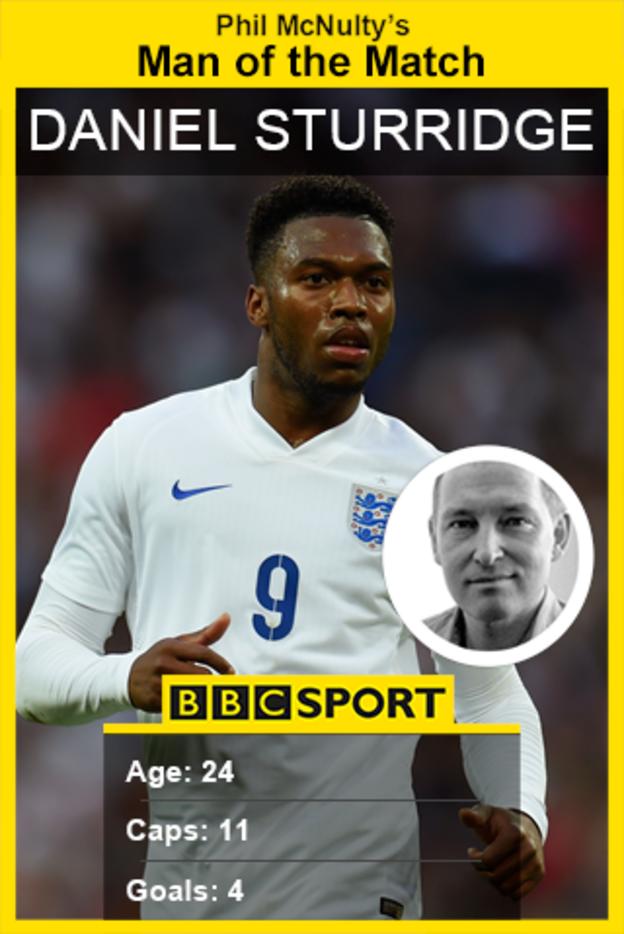 Liverpool's Daniel Sturridge struck a superb opener to give England a first-half lead, and central defensive duo Gary Cahill and Phil Jagielka took advantage of corners from Leighton Baines to give the scoreline a convincing look.

England boss Roy Hodgson will have been pleased Wayne Rooney was able to play 65 minutes in his first game for a month after a groin injury, while he also gave a debut to young Everton defender John Stones.

He will have been less happy about a very average Peru side creating opportunities, with keeper Joe Hart forced to save well from Jean Deza and Luis Ramirez in the opening 45 minutes.

Hodgson gave Manchester United's Danny Welbeck a start ahead of Raheem Sterling, while he also operated with the central midfield partnership of Liverpool duo Steven Gerrard and Jordan Henderson.

It was hardly a vintage display but this was more about being part of Hodgson's learning process as the squad prepares to head to Miami on Sunday for the next phase of their build-up before the World Cup opener against Italy in Manaus on 14 June.

Hodgson picked a strong side but there was the unquestionable feel of a warm-up about a low-key first half in which England enjoyed plenty of possession but were met by massed ranks of Peruvian defenders.

In a rare Peru break, Hart showed great athleticism to save Deza's shot when it took a deflection off Jagielka after Rooney had conceded possession cheaply.

Sturridge's first half had been mixed but he made up for dragging a good chance across the face of goal and wide by giving England the lead in spectacular fashion in the 33rd minute.

He received a throw in from Liverpool team-mate Glen Johnson before turning and curling a fine left-foot finish high beyond the stretching Peru keeper Raul Fernandez.

England, despite dominating, were given another scare just before half-time when Johnson played Ramirez onside and Hart needed to be off his line quickly to avert the danger.

Deza was showing plenty of ambition when he got within shooting range and he had Hart scrambling back with one effort from 35 yards that was only inches over the bar.

Hodgson made a change after 64 minutes when Jack Wilshere replaced Gerrard - and England wrapped up the win seconds later as Cahill rose to head in a corner from Baines.

And Cahill's central defensive partner Jagielka was also on the mark as England added a third five minutes later when another Baines corner caused a mix-up in Peru's defence and the Everton captain reacted first to score.

In among a host of substitutions, there was a big moment for Everton's Stones, who has just turned 20, when he came on for his debut as a replacement for Baines.

The closing stages were simply a case of England surviving unscathed.