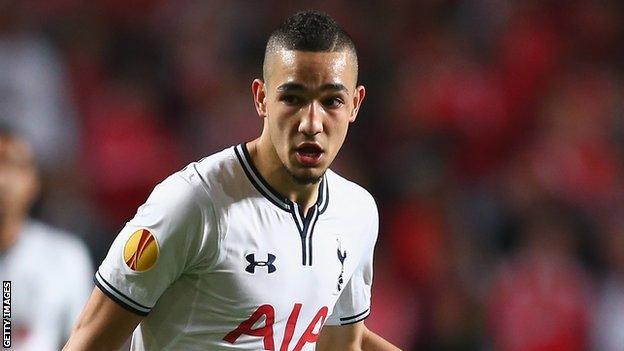 Crystal Palace midfielder Adlene Guedioura has been left out of Algeria's final 23-man squad for the World Cup.

The France-born star won his second international cap as a substitute in Algeria's 3-1 friendly win over Armenia on Saturday.

Algeria will face Belgium, Russia and South Korea in Group H at the 12 June to 13 July tournament in Brazil.

Striker Rafik Djebbour, who was on loan at Nottingham Forest from Olympiakos last season, also misses out on the World Cup.

The other five who failed to make the squad are goalkeeper Izzedine Doukha, defender Nacereddine Khoualed and striker Foued Kadir as well as midfielders Ryad Boudebouz and Amir Karaoui.

Algeria will be looking for Sporting Lisbon striker Islam Slimani to repeat his goalscoring feats from the qualifiers when he was on target five times in seven matches.

The Desert Foxes failed to score a single goal in their three matches at the 2010 World Cup in South Africa.