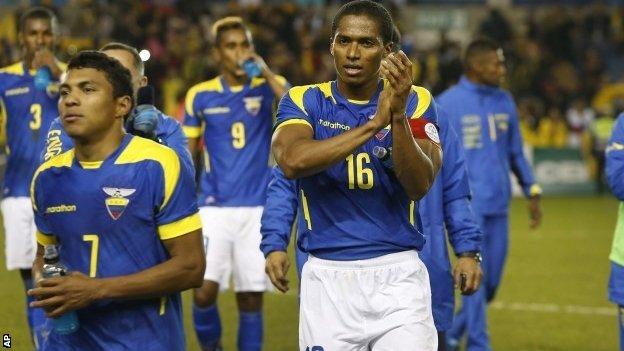 Valencia, 28, played 44 times for United as they finished a disappointing seventh in the Premier League.

Midfielder Segundo Castillo made the cut but was then replaced by Osvaldo Minda on the eve of the World Cup after failing to overcome a knee injury.

There were three uncapped domestic-based strikers in the 30-man squad - Cristian Penilla, Angel Mena and Armando Wila - but they have all been dropped.

The South American country are in Group E with Switzerland, France and Honduras.