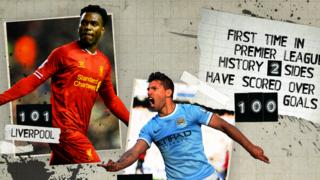 BBC Sport picks out some of the key statistics from the 2013-14 Premier League, with Manchester City crowned champions for the second time in three seasons.

At the other end of the table, Cardiff, Fulham and Norwich were relegated to the Championship.