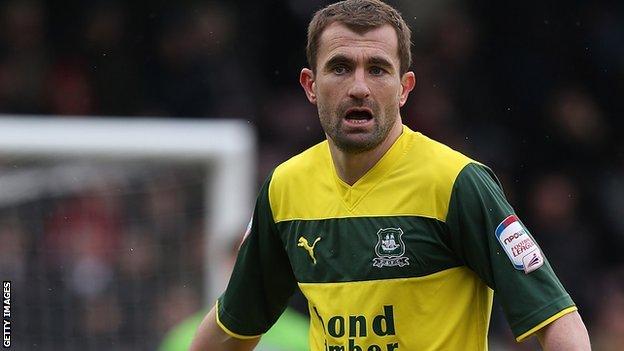 The 36-year-old midfielder became the club's joint-second highest appearance maker when he played his 491st game for Argyle at Portsmouth on Saturday.

Tyler Harvey has had his contract extended, while River Allen and Aaron Bentley have been offered their first professional contracts.

Also leaving are defender Maxime Blanchard, who joined on a free transfer when the club was in administration in 2011, former Barnet goalkeeper Jake Cole and Neal Trotman.