Southampton and England striker Jay Rodriguez suffered what looked like a serious knee injury in the Premier League game against Manchester City.

Rodriguez, 24, was in tears as he was taken off on a stretcher, fearful that the injury could keep him out of the World Cup, which starts in June.

Saints boss Mauricio Pochettino said: "To be honest, it is not looking good."

Rodriguez, who landed awkwardly on his right knee after leaping to control the ball, has scored 17 goals this season. 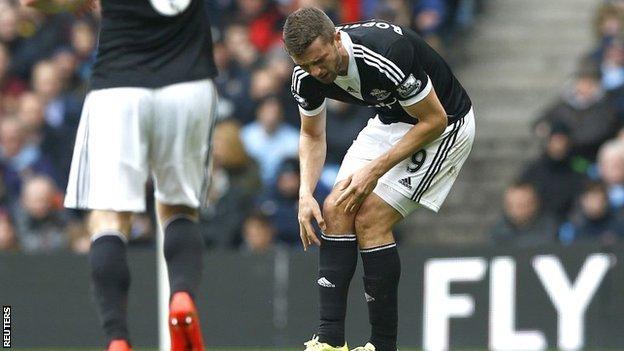 England manager Roy Hodgson, who gave Rodriguez his only cap in the defeat against Chile last November, was in the crowd at Etihad Stadium.

Asked if Rodriguez could miss the World Cup, Pochettino replied: "I can't really know what is wrong with him or when I am going to see him again in a Southampton shirt. We need to analyse him today and tomorrow and know the exact nature of his injury." 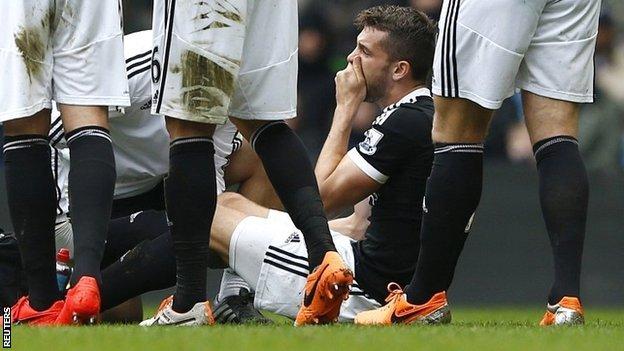 BBC Radio 5 live summariser Pat Nevin, who was at the game, said: "It's one of those horrible moments for a player and could possibly be the end of his season.

"Let's hope it's not his anterior cruciate ligament and he's lucky." 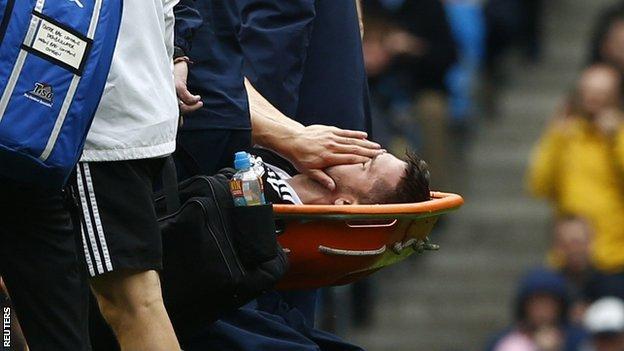